The Palais Royal, a place of charm and culture 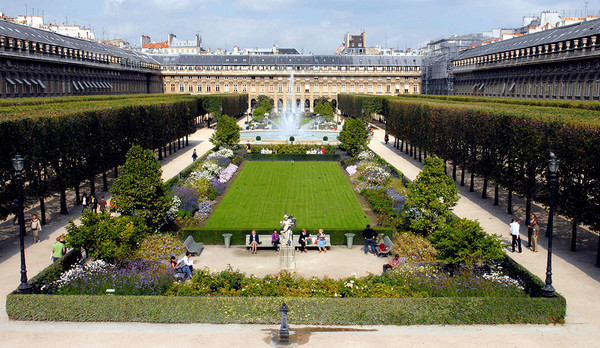 This is one of the most charming places in Paris that you absolutely must not ignore during your stay in Paris. When you leave the hotel, you can turn left and go up Rue Saint-Honoré again.  The Palais Royal is 500 meters away.Historic places, archways, theaters, old shops, French gardens, historic cafés, French gastronomy, works of art ... everything is in there! 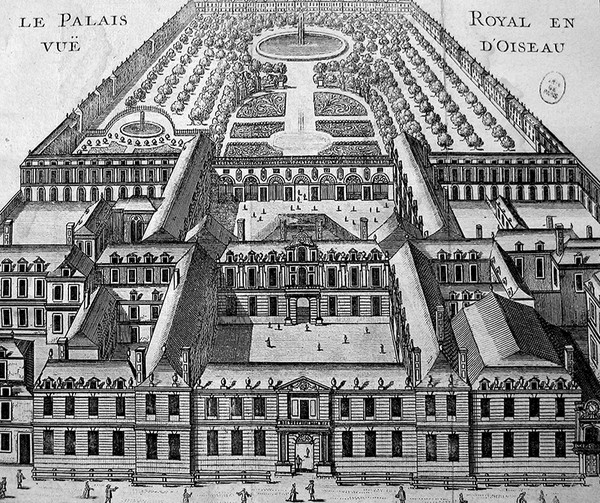 Le Palais-Royal at the end of the 17th century

The construction of the Palais Royal was ordered by Richelieu in 1628. It was then bequeathed to Louis XIV, where he resided during his childhood. The palace was then passed on to Philippe d'Orléans, King Louis XVI's  cousin, who believed it wise to adopt the name Philippe Egalité during the revolution. He voted for the King's death sentence in 1793. This would not prevent him from being guillotined a few months later.

During the revolution, it was at the Palais Royal that Camille Desmoulins invited the people to revolt on July 12, 1789. 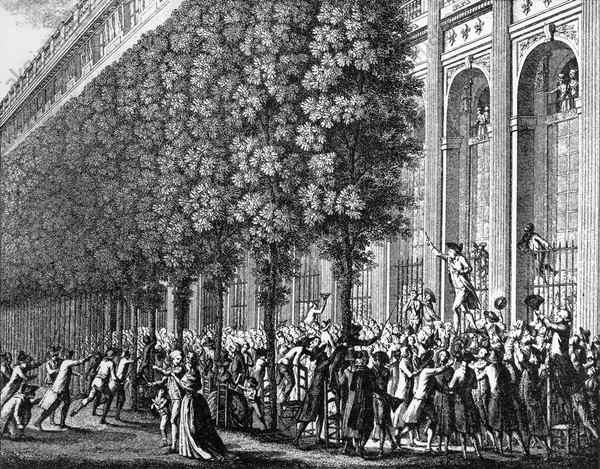 Camille Desmoulins at the Palais Royal on July 12, 1789
Since 1871, the Palais Royal has been the seat of several prestigious administrations: the Council of State, the Constitutional Council, and a section of the Ministry of Culture.
The Palais Royal and the theater go hand in hand:

The Cour d'Honneur, the Buren Columns, and the French Garden

You can go by the cour d'honneur and its famous Buren Columns during your tour. The work was commissioned by Jack Lang, who was then the Minister of Culture, in 1985. It has an area of 3000 m² and is made up of 260 columns of marble. You may or may not like it, but the work never leaves anybody indifferent. The project was completed in 1986 and has led to many controversies. 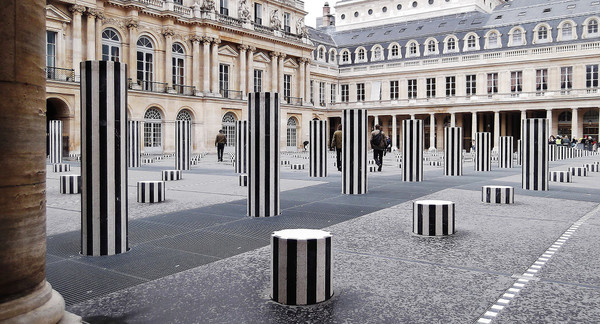 You can then continue your walk along the beautiful alleys lined with lime trees and choose to rest on a bench or a chair near the pond. Tranquility guaranteed. 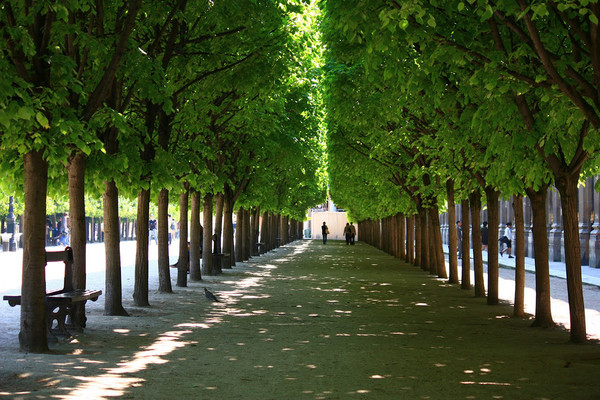 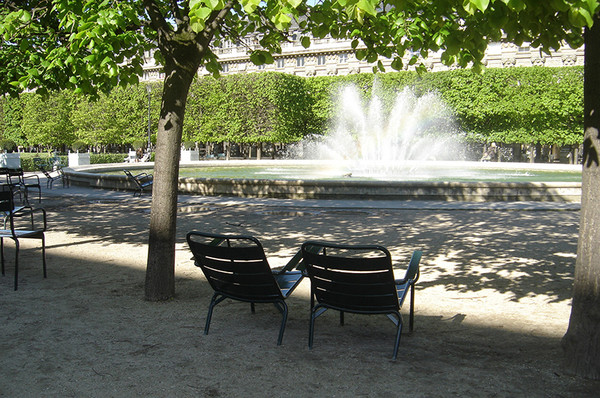 Schedule of the Cour d'Honneur and the Gardens:

The galleries extend on three sides of the palace and enclose it. Many shops and art galleries, cafes, and restaurants are housed therein. It is quaint and charming, chic and expensive. 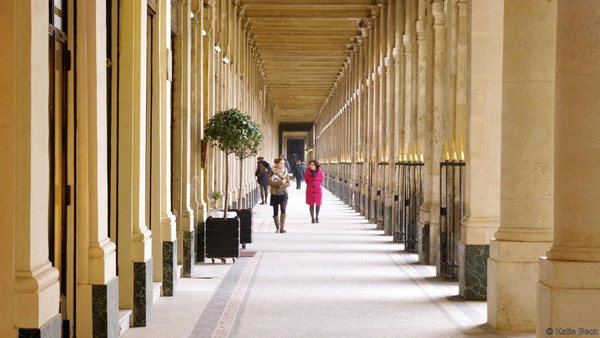 Galleries of the Palais Royal 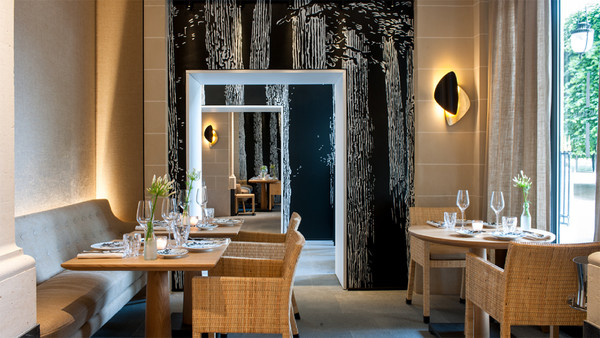 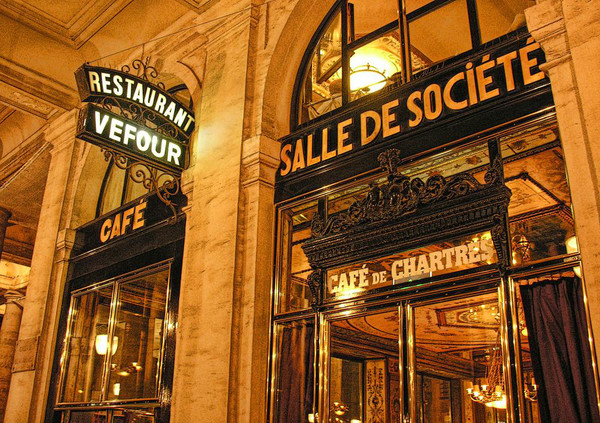 Find out more about the Palais Royal's tours and lectures on : http://palais-royal.monuments-nationaux.fr/